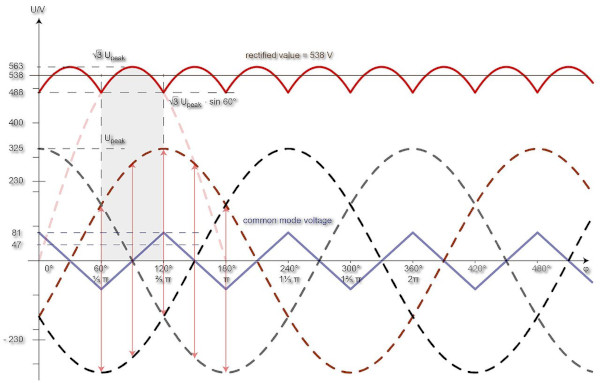 A simple test with a multi meter on Diode function can determine a defect with some detectable period before functional failure.

To be able to measure and determine a defect an understanding of the Drives rectifier, DC bus and Output is needed.

The 3 phase AC supply is converted to DC at the rectifier. Effectively the peaks of the AC sine wave are used to form DC.

The DC capacitors act to smooth this ripple.

A Procedure for testing Capacitors here

If a Diode fails open one of those ripples is not powered and the capacitors have to make up the load.

Using a Multi meter on Diode mode you can ensure the AC cycle is providing its ripple and full function of the rectifier.

For each side of the DC bus positive and negative a test for forward bias is made, the voltage drop to open the switch is should be 0.3 to 0.6 volts.

The test leads are reversed and a test to ensure that the switch holds voltage on the DC side is maintained. 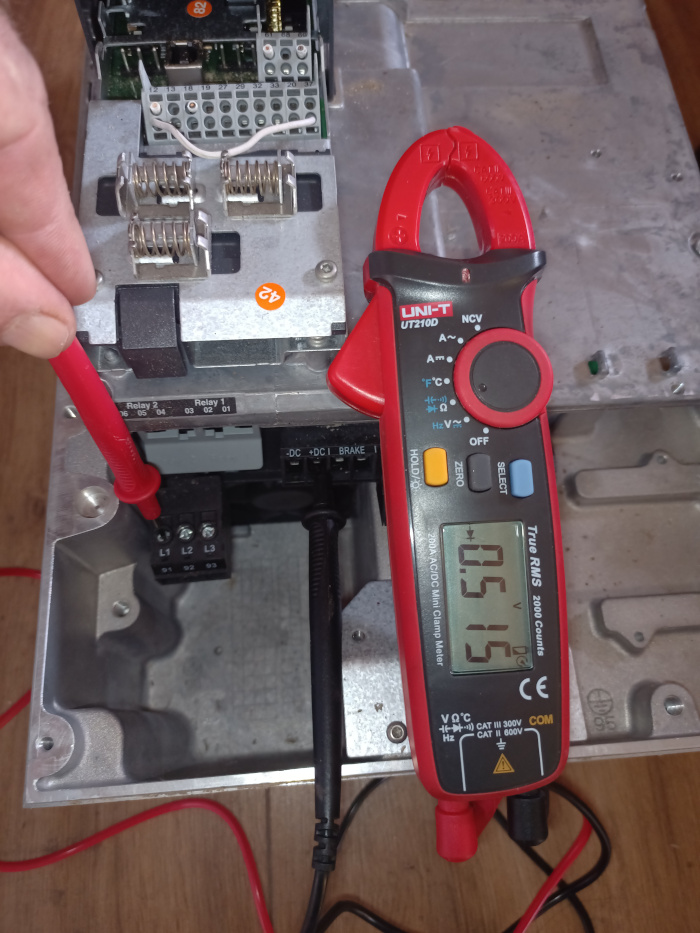 This is Forward Bias test for the rectifier on the Positive Bus.

This is the reverse bias for those same diodes. An open circuit is expected. 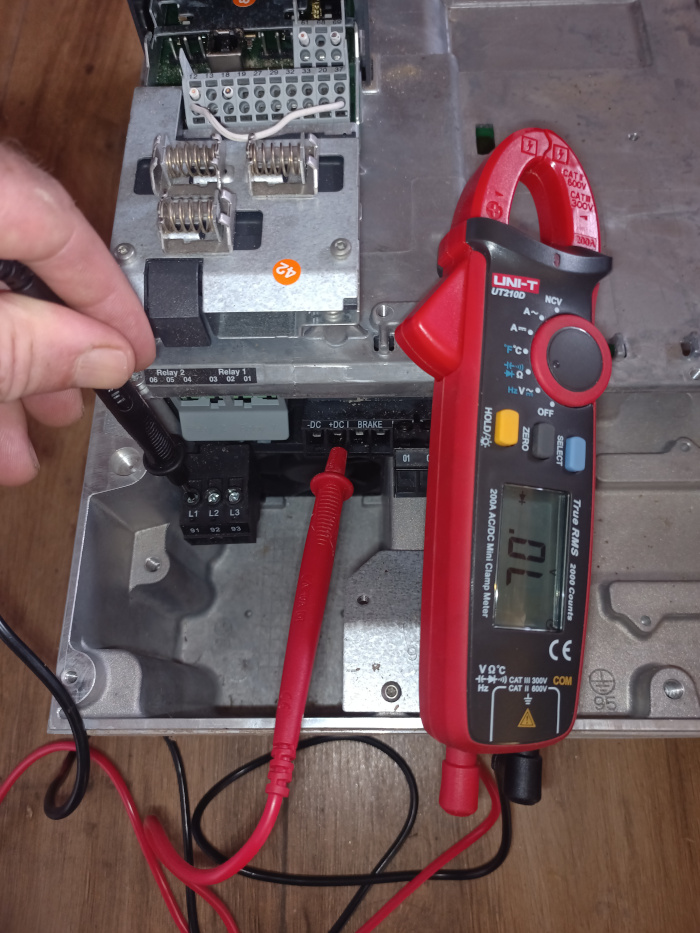 For the Negative Side of the DC bus the test leads are reverse because the forward bias is acting on the negative voltage of the AC Sine wave. 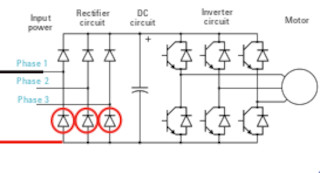 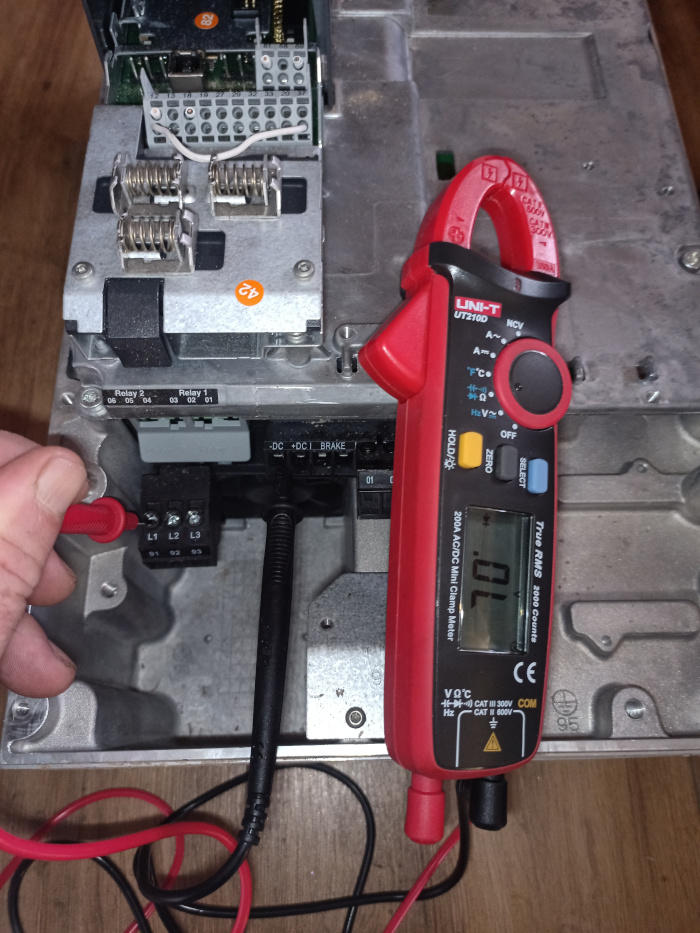 If this Switching component (Diode, IGBT, SCR) fails open the drive may still function but at a reduced capacity.

Again the reverse bias is checked by reversing the test leads. An open circuit is expected.

On the Output card normally IGBT (Insulated Gate Bipolar Transistors) are tested in a similar way. The direction for the forward bias is from the DC Bus. 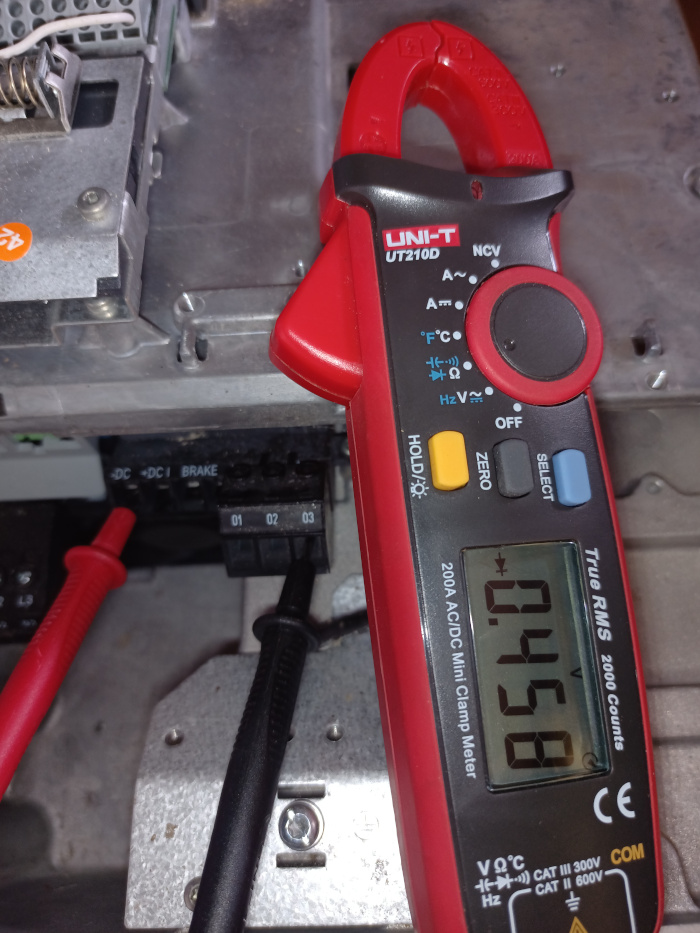 And the Reverse Bias again follows the same logic. 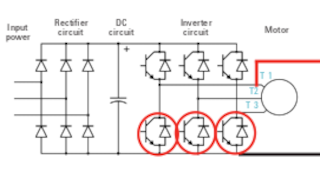 There is a small variation on this drive on the Negative Bus Rectifier. This needs to be monitored to see if this is a trend, or compare with a new drive of the same model.

Note: This drive is more than fifteen years old. 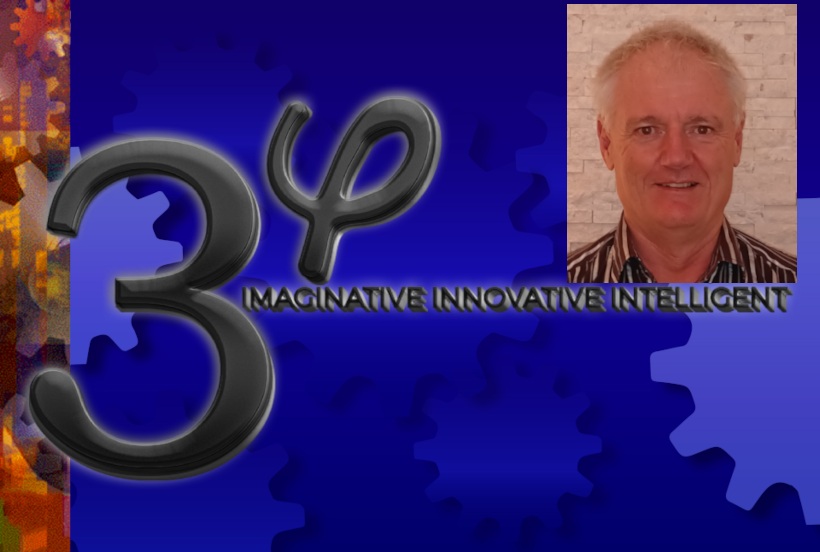