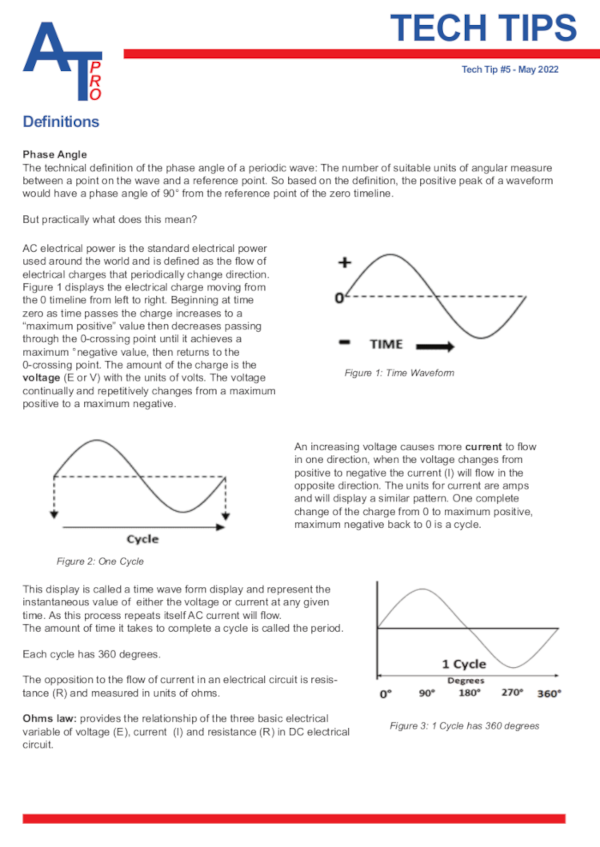 Listed in IEEE 1415:2006 as an Effective Method of determining Electric Motor Winding condition.

But practically what does this mean?

AC electrical power is the standard electrical power used around the world and is defined as the fl ow of electrical charges that periodically change direction. Figure 1 displays the electrical charge moving from the 0 timeline from left to right. Beginning at time zero as time passes the charge increases to a“maximum positive” value then decreases passing through the 0-crossing point until it achieves a maximum °negative value, then returns to the0-crossing point. The amount of the charge is the voltage (E or V) with the units of volts. The voltage continually and repetitively changes from a maximum positive to a maximum negative. 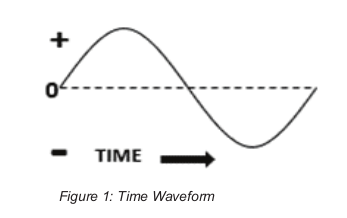 An increasing voltage causes more current to flow in one direction, when the voltage changes from positive to negative the current (I) will fl ow in the opposite direction. The units for current are amps and will display a similar pattern. One complete change of the charge from 0 to maximum positive,maximum negative back to 0 is a cycle. 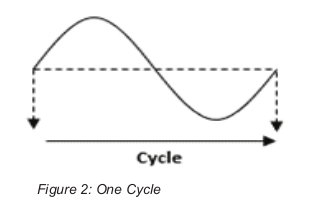 This display is called a time wave form display and represent the instantaneous value of either the voltage or current at any given time. As this process repeats itself AC current will flow.

The amount of time it takes to complete a cycle is called the period.

Each cycle has 360 degrees.

The opposition to the flow of current in an electrical circuit is resistance (R) and measured in units of ohms.

Ohms law: provides the relationship of the three basic electrical

variable of voltage (E), current (I) and resistance (R) in DC electrical circuit. 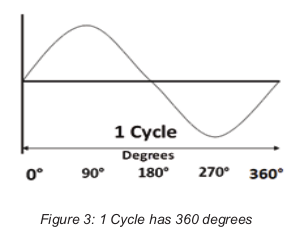 1 volt will create 1 amp of current through a 1 ohm resistance. However, in AC circuits since the voltage is periodically changing the current will follow. So in AC circuits the basic ohms law doesn’t apply since the changing voltage and current introduce additional opposition to current known as reactance as a result of any inductance (L) or capacitance (C) in the circuit.

Capacitance is the property of an electrical circuit that opposes a change in voltage, the units for capacitance are Farads. Capacitance stores energy in an electrical circuit in the form of charges stored on electrical plates separated by an insulating material. As the voltage in a circuit increases more electrons are stored on the plates, when the voltage decreases the stored electrons will discharge into the circuit attempting to maintain the voltage at a constant level. Since the voltage in an AC circuit is periodically changing any capacitance in the circuit will create a reactance or (opposition to the changing voltage) known as capacitive reactance (X C ). The units of X C are ohms and cause the voltage to lag the current by 90°.

The units of X C are ohms and are dependent on the amount capacitance in the circuit and the frequency of the applied voltage.

Frequency: is a measure of the number of events occurring in a set period of time.

However, just because they take the same amount of time to perform the event and have the same frequency doesn’t mean that they begin and end at the same time. 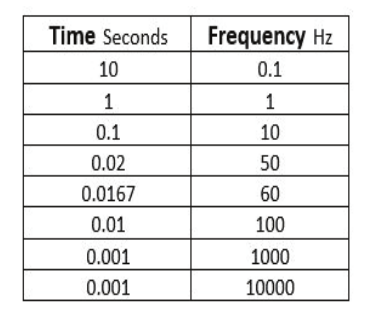 The phase angle presents the delay between these events in degrees. For example, a 90° phase angle means the events are separated by 1⁄4 of a cycle. Since inductance causes the current to lag the voltage by 90° if the period of the wave is 4 seconds the frequency would be .25 hertz.

Therefore, the current would be delayed by 1 second or 90°. 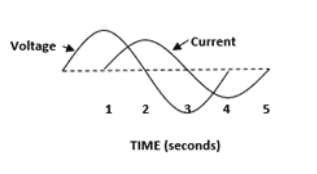 In a purely Resistive circuit, current & voltage are in phase this means that both the voltage and current wave forms reach their maximum positive and maximum negative peaks and the 0 crossing at the same time.

In a purely Inductive circuit voltage leads current by 90° meaning the voltage reaches its maximum and minimum values 90° before current.

In a purely Capacitive circuit current leads voltage by 90° meaning the current reaches its maximum and minimum values 90° before voltage.

So, how does MCA TM use phase angle? 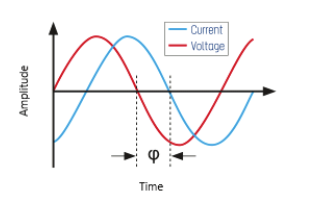 If the phase angle is 0° the circuit being tested is purely resistive.

However, since a motor uses stator coils to create the magnetic field, they are inductive. But the coils are constructed of conductors which are resistive, and they are coated with an enamel film which is capacitive. So, the phase angle of each phase will be dependent on the relationship of these three electrical properties.

In 3 phase motors all coils should be identical and have the same phase angle. If the insulation between conductors begins to degrade either the inductance or capacitance will change. The phase angle or the time delay between the current and voltage will be one of the first measurement to change with even very slight changes of L or C.

Experience has shown that an early indication of any winding systems insulation degradation will be if the phase angle of any phase deviates from the average phase angle of all three phase by more than 2 degrees.

3Phi Reliability Logo is modeled on this Method, 3 Phases of an Electric Motor and Phi the symbol of Phase Angle. 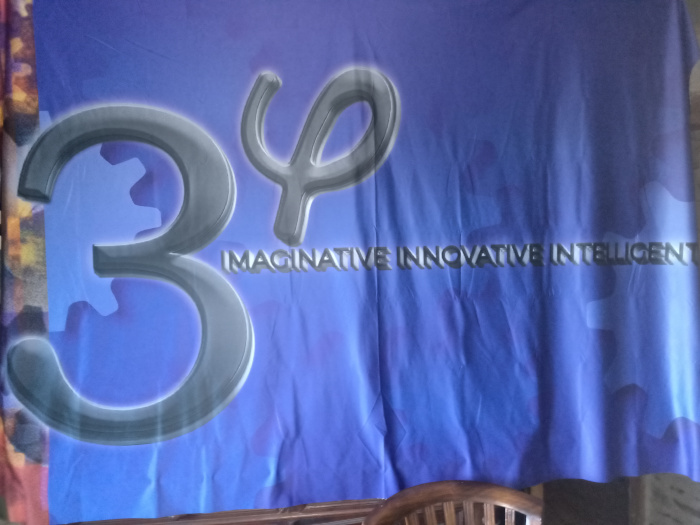 Experience has shown that Variable Speed Drive emissions attack the Motor Insulation and Phase Angle is an early detection measurement of this decay. Therefore stopping this attack at the Source is the only long term solution.