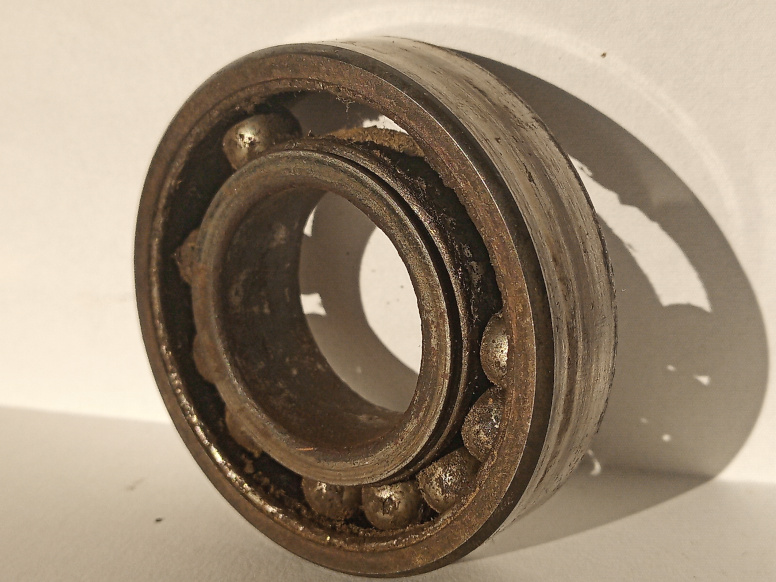 I joined a multisite food manufacturing company as a young engineer which had a seasonal raw material,and hence the practice was to overhaul electric motors each year. This had been the practice for many years prior, and was a dominant chunk of the maintenance budget.

There was no schedule of what had been done in previous years , only that the maintenance supervisors knew which motors needed overhauling and operational staff expected new bearings for the start of the season. Sadly motor failures were common and overhauls often rushed.

Not knowing any better I accepted the fact annual overhauls were mandatory, but introduced a Vibration Analysis programme across the nine sites. Sereval seasons of data was collected and after training our staff in precision fitting to remove common faults found sealed bearings showed a rise in the 2-4kHz band, typically lubrication depletion.

There were many motors forgotten and run to failure. A number of our maintenance staff and I attended a SKF lubrication course and it became quite apparent that sealed bearings in motors ran out of lubrication at around 10,000 hours, and that is what we were experiencing in the plant. Our annual overhaul strategy seemed to have some validity.

We slowly moved our strategy to on condition, as our vibration analysts had gained experience with numerous saves and won operational respect.

At that point we initiateda trial of sealed bearings with a higher performing grease on a selected group of pumps explaining to operations that the strategy is no worse than the current strategy.

So during our shutdown we replaced bearings but with a grease with a lower bleedrate.  We monitored the pumps monthly with Vibration Analysis, and while we had one fail early of unknown cause the remaining pumps ran for many seasons.

The lubrication frequency band remained acceptable and we experienced a bearing life similar to what SKFhad reported of 3-5 times that over lithuim based grease.

As a result a working group between the sites developed a specification for new & overhauled motors which greatly improved reliability.

I made the bold decision to restock all our stores with a range of sealed bearings like we trialled made specifically for our company. The problem was our supply contractor didn'thave the bearings, but setup a regreasing service. Sealed bearing were washed out, repacked and sealed before placing into a unique box for our company.

This became our standard , and annual overhauls phased out while huge reliability gains made. What I didn't appreciate at the time was the impacton the business being able to shorten shutdownsand stay producing. The exercise took many years of learning  and a bit of risk taking but paid off many times over.

Electric motors do need overhauling at approxiamtely 10,000 hours or just over a year of continuous running. This strategy is expensive and often introduces failures to the inexperienced. There are alternatives which can transform your maintenance strategies  into profitable ones but do require a different approach.

What pleasing to my ear is that my experience had been confirmed halfway around the world in a paper mill, but no one told me.